we are happy to accept:

*Not all Care Credit promotions are available.

Minnehaha Animal Hospital has served our South Minneapolis neighborhood for over 25 years. We are committed to promoting responsible pet ownership, preventative health care and health-related educational opportunities for our clients.

Sarah joined the Minnehaha Animal Hospital staff in 2015. She has enjoyed other positions in the veterinary field, including boarding coordinator at an area vet practice. Prior to finding a job in the veterinary profession, Sarah had worked at a spa and at a daycare. She was excited to find a field that she could work with both people and animals at the same time! She really enjoys her co-workers and likes working in such a friendly environment.

Sarah grew up in the Twin Cities and graduated from Park Center High School. She lives in Minneapolis with her mother, sister and 2 year old niece. She is owned by a Pitbull named Hazel and 2 brother cats Bruce and Dwayne. When not at work, Sarah enjoys spending time with her niece and also reading. 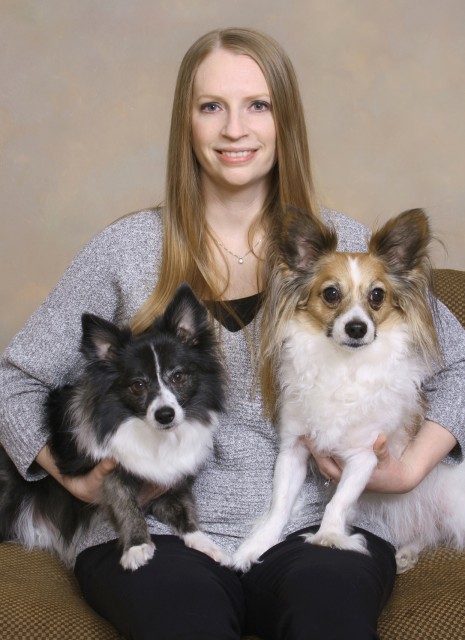 Kirsten joined the Minnehaha Animal Hospital staff in 2018. Kirsten is originally from Wisconsin and came to the Twin Cities to attend the University of Minnesota. Previously she has worked in the Twin Cities as an Account Manager and an IT Project Manager with various companies in the area. In her free time she plays volleyball and softball and likes to spend as much time outside as possible during the warmer seasons.

Kirsten is married and has two dogs, Gerald and Dexter, and one cat, Tucker. Kirsten and her husband also foster dogs through a nationwide rescue called Papillion Haven.